Posted at 22:10h in Uncategorized by FOK
0 Likes 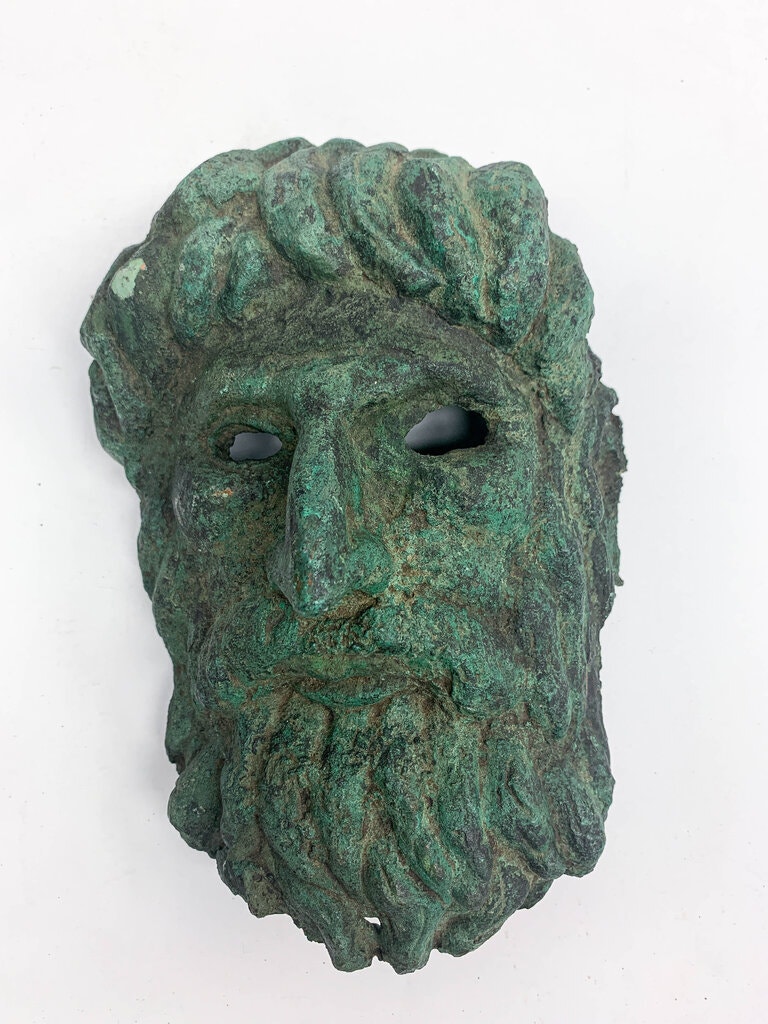 Earlier this year in mid-April, 33 antiquities valued at around $1.8 million were repatriated to Afghanistan, including this ca. 2nd century bronze mask. These 33 items were part of a collection seized from a disgraced U.S. art dealer currently jailed in India for charges of smuggling and theft.

During wars, anarchy, and other upheavals over the years, thousands of Buddhist antiquities have been looted from Afghanistan and some directly from the National Museum in Kabul. I remember well the Taliban destruction of the famous 6th/7th century monumental Bamyan Buddha statues, which were torn down in an effort to destroy pre-Islamic structures in 2001. At the time, these statues were considered the two largest standing Buddha statues in the world, standing at 125 ft. and 181 ft. tall. The destruction lasted weeks, all while the world outraged at the destruction of such beautiful, historical landmarks.

I am thrilled that these historical relics are back where they belong, and that the people of Afghanistan will be able to enjoy these pieces of history once again.

Ever since I first set foot in Afghanistan in 1969 I have been very fond of the country, especially the capital Kabul and its ancient history. I had the opportunity to revisit this beautiful country many times in the 1970s before the Soviet-Afghan War, which left the country in ruins.

Back then Kabul had glorious markets with students enjoying their breaks in parks, women in coffee shops without veils, and rug merchants offering wonderful tribal carpets (some which now reside in my home, I couldn’t resist!). While looking for a quiet place, I found the National Museum of Afghanistan in Kabul; there was hardly anyone visiting and I had the 2,000-year-old statues from the Graeco-Bactrian Kingdom all to myself. I did not know at the time, but it was once one of the top museums in the world, with its collection once being highly acclaimed in Central Asia. They housed thousands of millennia-old items originating from Persian, Buddhist, and Islamic dynasties. It was a wonderful treat to be able to admire these pieces of history and reflect on their meaning in such peace and solitude.

The most important place for me to visit in Kabul, however, was Babur’s Tomb and Garden. Babur was the founder of the Mughal dynasty, a descendant of Timur and Genghis Khan. He would sweep south through the Punjab region to Delhi where the Mughals reigned until the 19th century. Babur is said to have been ruthless in expanding his empire while at the same time remaining a scholar and poet, he was also known for being tolerant of non-Islamic religions. The garden was a bit neglected when I visited but filled with fruit trees; Babur’s tomb was on a hill overlooking it all, it was very peaceful and absolutely beautiful.

Next stop for me were the unforgettable giant 6th century Buddha statues in the Bamyan Valley surrounded by peach orchards. These ancient statues reside 80 miles northwest of Kabul carved into the cliff sides at around 8,200 ft. elevation. Bamyan was on the Silk Road that went through the Hindu Kush and was once a thriving center for religion, trade, and philosophy. This is where merchants, monks, and Buddhism travelled north from India into China.

My memories from visiting Afghanistan are invaluable and I have never forgotten the people there. This is why the support of the nonprofit organization, Sahar – Education for Afghan Girls, is so important for me. With millions of children re-entering the school system after the removal of the Taliban, girls are still significantly under-represented. Sahar works tirelessly to get more girls in school and improve lives, which is essential now more than ever with the ongoing power struggle in the country. Part of the profits from every sale I make are donated to Sahar and two other nonprofits which are dear to my heart.